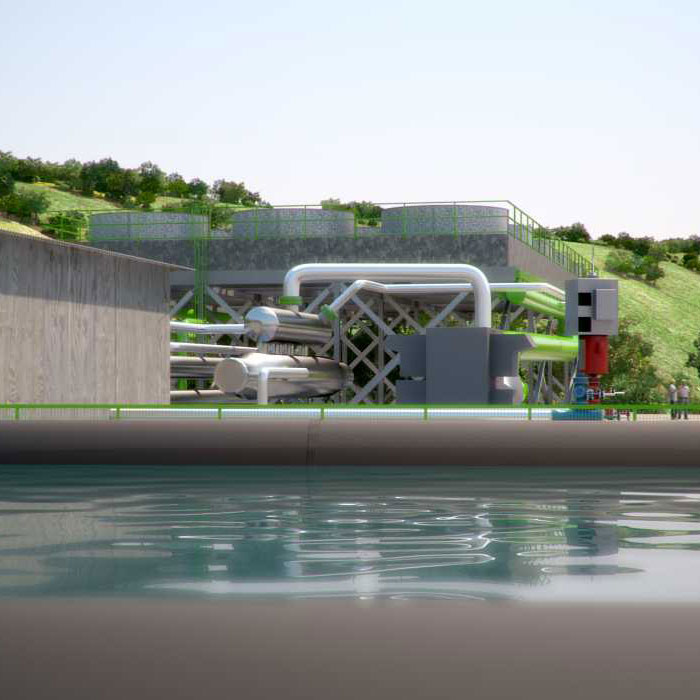 Work is due to begin today (21st September 2020) on preparing the ground for Eden’s pioneering geothermal heat and power project at its Bodelva site. This is on land just inside the main Eden Project visitor gate and is a significant step in what Eden sees as a clean-energy revolution for Cornwall and the UK.

After a 10-year campaign, last October (2019) Eden Project and EGS Energy Limited finally secured £16.8 million in funding to drill the first well. Funding is a mixture of public and private sources, with £9.9m from the European Regional Development Fund, and £1.4m from Cornwall Council.

Drilling was due to start this summer but the project was held up due to the global pandemic.

Now neighbours have been informed that work will be starting from Monday (September 21), with the first phase being the building of a hardstanding for the rig, connecting essential services, and putting in some temporary buildings and roadways within the site.

A viewing area is also being put in place so that visitors can safely watch the project progress from a nearby path.

This preparatory work is for the rig to be accommodated. When drilling starts, it is expected to take five months to reach the target zone 4.5 km down.

If successful, the first well will initially supply a district heating system for Eden’s Biomes, offices and greenhouses. It will pave the way for the second phase – another 4.5km well and an electricity plant.

Completing the second phase will mean that Eden will be generating sufficient renewable energy to become carbon positive during 2023 as well as aiming to be able to provide heat and power for the local area.

To deliver the plan, a new company, Eden Geothermal Limited (EGL) was formed. The three shareholders are Eden Project Limited, EGS Energy Limited, a leading geothermal development and consultancy group with experience on commercial scale projects in Cornwall and around the world, and BESTEC (UK) Limited, which is affiliated with BESTEC GmbH, the specialist geothermal developer and drilling advisor.

Eden Geothermal Limited is encouraging neighbours and interested parties to keep in touch with progress through their project manager, Max Skerratt and office manager, Claire Judd.

An Eden Geothermal Community Liaison Group, including representatives from local parish councils, has been established and an information event is planned for when the drilling rig has arrived.

This week also sees the launch of the Eden Geothermal Community Fund, a £20,000 pot to support community environmental projects in four neighbouring parishes. Applications for projects will open in November, and will be open to community groups with constitutional documents.

Augusta Grand, Executive Director of Eden Geothermal Limited, who has led Eden’s geothermal project for the last eight years, said: “Finally to be able to start work on the site is terrific.

“One of the great things about geothermal is that it is proven to provide baseload heat and power but has a very a small footprint on the land.

“We are looking forward to sharing the progress of the project with neighbours and visitors.  We’ve established the new community fund to encourage other environmental projects.”

More information about the geothermal project and latest updates on the Eden Geothermal Limited available at:  www.edengeothermal.com